Dodgy made its semi-public debut at the PlayMyDemo event hosted by NI Screen at the Pixel Mill indie workspace. PlayMyDemo is a chance for local (Northern Ireland) game developers to play other local in-development games and get feedback on their own. It's always useful and interesting

Thanks must go to Angie for organising, and Donal for laying on the beer and pizza! 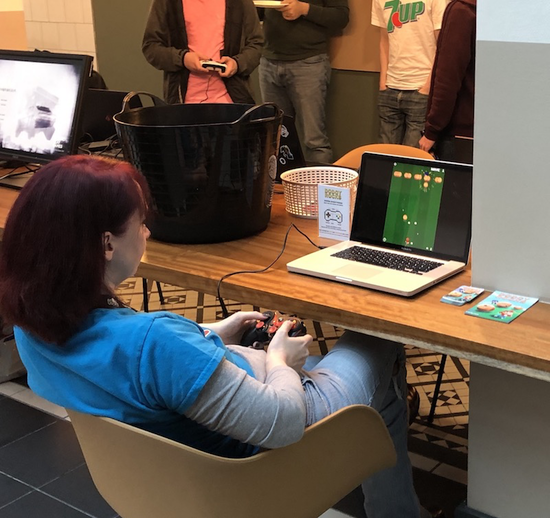 Dodgy Rocks in action at PlayMyDemo

Dodgy went down well, with players staying on for "one more go" resulting in 106 games played over the course of a couple of hours, and a new Nightmare high score of 107 set by Blackstaff Games. It was definitely the most retro title present ("it's such a throwback" - a compliment, I assumed), and I think the only one not made in Unity or Unreal.

Some points to consider from the event are: